I was shopping for undies at Target and was overcome with mirth when I found them. I quickly snapped them up, brought them home, took a shower, and put them on. Something deep inside me knew that I had wanted this all along without ever asking for it. It was like destiny.

It was sports briefs.

Sports briefs are, straight-up, panties for dudes. What initially drew my eye to them was the super-obvious photoshopping on the box. The model has the kind of smoothly sculpted and airbrushed junk that you only see on Ken dolls and American Apparel mannequins. 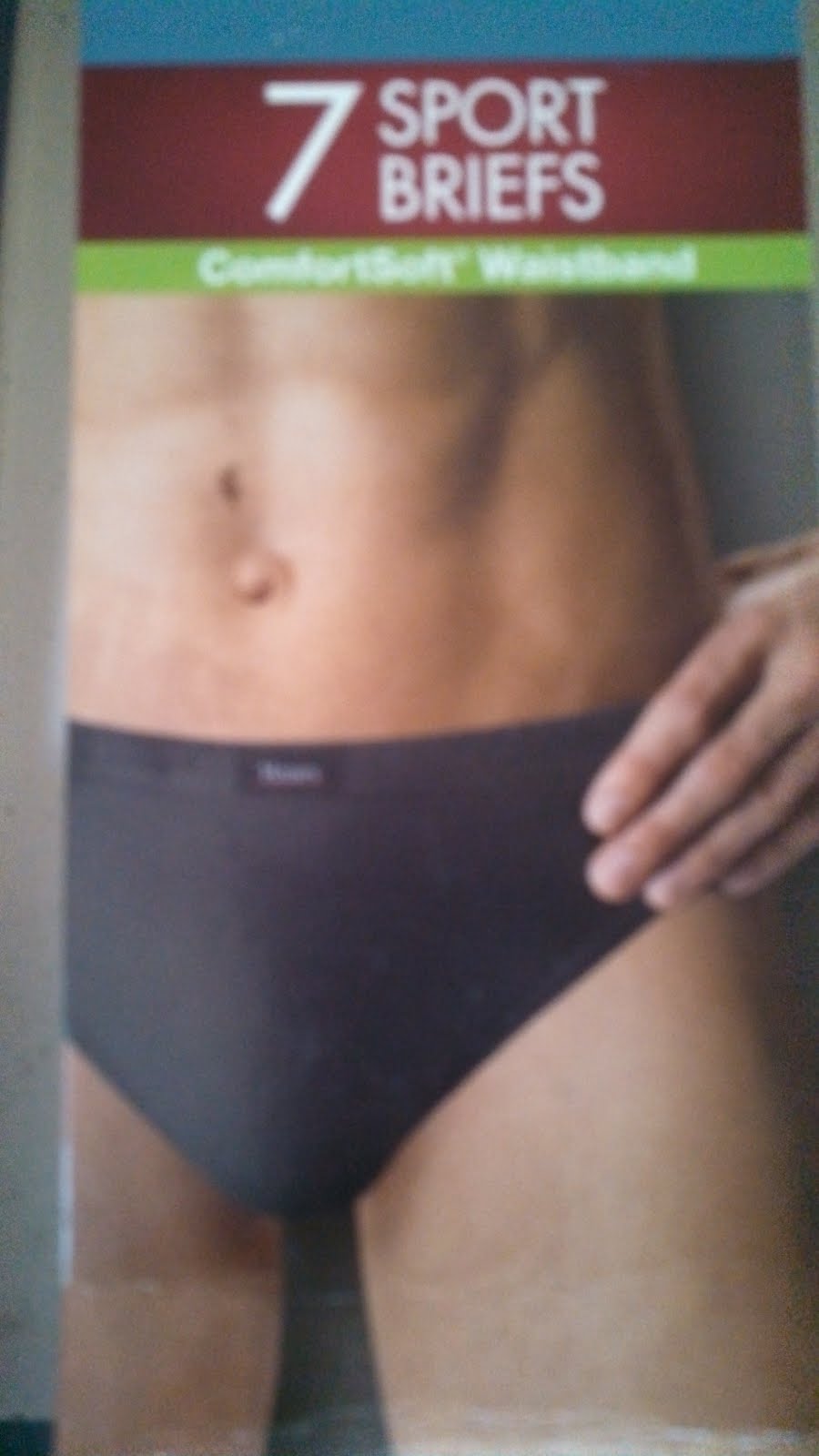 Once I had them on my pelvis, it was obvious why. The fabric is thin cotton with no elastic waistband. Unlike drapey boxers and rigid tighty-whities, the sports briefs left no mystery as to the angle of my dangle. The dick hangs unrestricted, swathed in cotton, elegant in it’s contours and movements.

They also did away with that mystifying dick porthole/pocket fly thing that briefs have which I really didn’t understand. When asked, only one of my friends said he actually uses it, and  then only just for ‘bating. But I’m all like: “Why not just pull your undies over to the side, or off altogether, and actually enjoy it?” And he was all like: “Yeah you’re right.”

Just like boxers and briefs, sport briefs do an adequate job of protecting the penis from the pants and the pants from the penis. But unlike classic undies, sport briefs do nothing to hide the penis once the pants are off. There’s no billowing silk or tight elastic constriction. Just penis. And it’s not presented as an object of shame to be covered, but as an emphasized object to be admired and appreciated. They’re like the velvet curtain, waiting to be drawn on the first act. They say: “I have something.” Something to be proud of regardless of size and shape.

Dicks have always been a source of insecurity for men, just like women with their tits. Sports briefs are the guy’s answer to the push-up bra. It’s clothing that gives you self confidence, and reaffirms your desire to be desirable. Although you may never hear them say it, men want to be sexy. Everyone wants to be sexy. Sex is the best thing one can experience in life. So if you have a fear of being sexy, you really just have a fear of living.

I know a lot of guys are trying to perfect their Ron Swanson, stoic woodsman affectation, and wearing panties does nothing to help with that. But think of your girlfriend. Sometimes you want her to be the sweet, coy girl-next-door and other times you want her to talk dirty and tell you what to do. It’s important to be able to fulfill both of  these different sexual desires if you want to keep your partner around, and there’s a much bigger frontier for most men to uncover in their feminine side than in the status quo of machismo. There’s still plenty of room for you to be her burly protector along with being her vulnerable sex-kitten, and I’m sure she’ll thank you for it.

Sexy men are not really a new concept. VH1 Classic’s glam rock blocks showcase plenty of vids of Dee Snyder in makeup and David Lee Roth in that weird thong-jumper thing. But being a sexy man is becoming less of a fringe concept for super freaks and rockstars, and today it’s almost ubiquitous. This year’s must have article of clothing for dudes is undoubtedly the tank top, which only a few years ago was strictly workout or beach gear — deemed too revealing for public life.

People don’t really assume you’re gay for wearing tight pants anymore either, which is great for everyone. There’s an overall better understanding that homosexuality comes in every style now, which consequently opened up new fashion territory for straight men to explore without the fear of sending the wrong message.

In 2003, when Queer Eye for the Straight Guy came out and introduced the world to the concept of the “metrosexual” people latched on to it like they needed it to breathe. Although the word itself is unfortunate (Does it mean you’re sexually attracted to cities? Or that you want to do it with a whole city full of people?), the concept mingled with the youth-culture, emo-kid style at the time — stuff like wearing girl pants and highlighting your bangs, to develop into today’s “aim for androgyny” hipster look for guys and gals.

And damn if that’s not a hot look!

As a guy who’s prone to going commando in the summer, I can also attest to the sport brief’s comparable level of comfort. When you’re wearing shorts, they truly breathe. A refreshing wind paying a visit to the sweatiest parts of your ass and balls can really make your day and, if nothing else, that alone makes wearing panties worth it.